If you’re a fan of the Armored Core video game series, then you’re no doubt looking forward to the next installment, Armored Core 5. While some may say that Armored Core: For Answer is one of the best in the series, the next one in line will hopefully be better.

According to OtakuRockU over at gamersgameplay.com, the Armored Core 5 game is looking pretty good. There have been a few changes to the next installment, including the mechs being built 5 meters smaller and bigger environments. It may even play faster than the previous AC games. 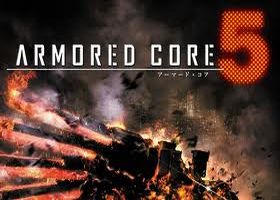 Although he hasn’t given too many details away, Toshifumi Nabeshima — the producer of Armored Core 5 — did say that the online mode will feature more than just combat. Hopefully this will include capture the flag, deathmatch and team deathmatch style game modes.

No other details are really known about the upcoming game at this stage, but I’m sure we’ll start hearing more news before long. Armored Core 5 — which will be available for the PS3 and Xbox 360 — originally had a release date of 2010, but it got delayed until the early part of 2011.

Are you looking forward to the Armored Core 5 game?