Microsoft’s Windows Phone 7 has been with us for a while now, but it has a long way to go to catch up with the iPhone and Android when it comes to apps. Owners of those devices currently have a vast range of apps which can add many features to their smartphones.

Now Microsoft is relaxing a strict company rule to help get up the numbers of Windows Phone 7 apps available for the platform. According to an article on The New York Times, Microsoft employees can now have another job in their spare time; on condition the second job is writing Windows Phone 7 applications.

The company gave all employees in 19 countries free Windows 7 handsets, and is holding weekly pizza parties for those who are writing apps for the platform. There is a problem with this, as there is no money in it for the employees who are writing apps if they don’t catch on. Google on the other hand allow engineers to spend 20% of their paid time working on projects that will benefit the company. 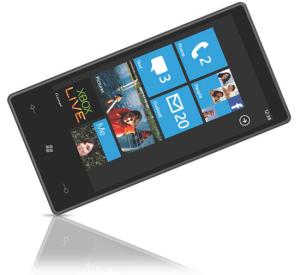 Jared Spurbeck over at Yahoo! News is looking at the partnership between Microsoft and Nokia with the Windows Phone 7 OS. One of the biggest benefits will be that Nokia will bring Windows Phone 7 to a wider audience with a larger range of prices. Nokia has also been given the power to change the operating system, but with their previous track record what will it be like?

Windows Phone 7 is a relativity young operating system, and has to be given the chance to grow and improve. We are already seeing some of the big apps becoming available like Angry Birds among others, but can it compete with the other more established players out there?