We have some great news for Xbox One owners now, as it looks like the PS4 exclusive content for Batman Arkham Knight is actually a timed-exclusive agreement in reality.

Previously, we knew that PS4 owners would be getting some Scarecrow DLC content, along with some Batman Arkham Knight DLC skins – all of which look very cool. 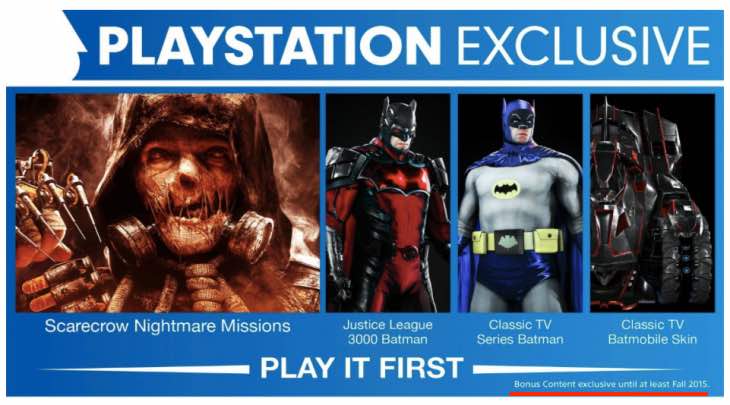 So it essentially means that from 2016 onwards, expect this content to land on Xbox One. We must admit it’s getting pretty difficult to keep up with all of these timed-exclusive agreements that keep going on.

Destiny has timed exclusive PS content and most recently, Dragon Age Inquisition has too on Xbox One. When will it all end we wonder?

Head to Amazon’s listing above to see clear images of the exclusive content that we now know is timed-exclusive. Those character skins do look rather nice – so Xbox One owners, give us your reaction below.