We have some information to share for all Arkham Knight players out there. Warner Bros are now ready to launch the Batgirl DLC for Arkham Knight, but there’s one interesting fact that you probably didn’t realise.

The Batgirl DLC for the game is not being developed by Rocksteady. Instead, this DLC is being handled by Warner Bros Montreal, the same team that developed Arkham Knight Origins.

We’re willing to bet that most of you didn’t know that this would happen and we’ve even seen some feedback on social media from those who say that they wouldn’t have bought the season pass had they known in advance. 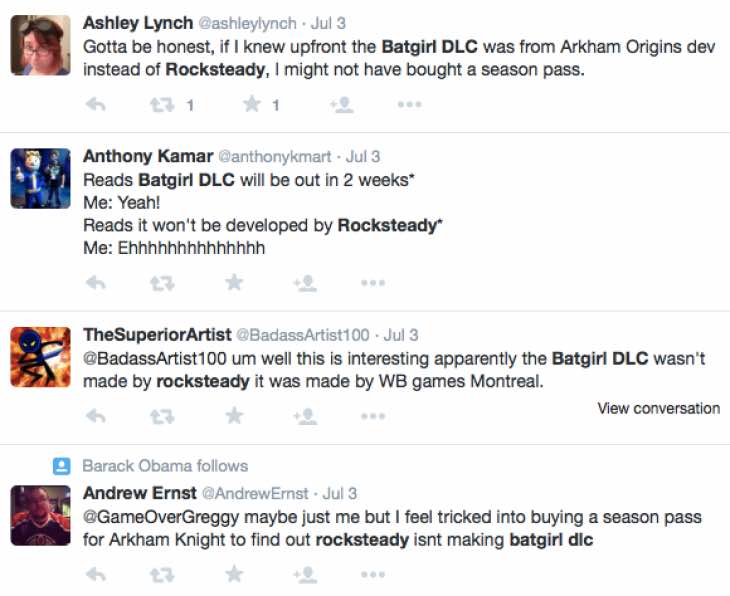 This is just tempting fate though, as who knows the Batgirl DLC from WB Montreal may just end up being amazing. The content will include new missions, side quests and Dual Play with Robin, along with a new hacking feature to solve puzzles.

The Batgirl: A Matter of Family DLC for Arkham Knight is due out July 14 and is free for those with the Season Pass.

Take a look at some of the reaction above and tell us what you think about this content being handled by a different developer to the main game.

Does this bother you or not?