There has been some very exciting announcements in relation to Batman Arkham Knight DLC to tell you about. The highlight is the upcoming Arkham Knight 1989 skin DLC release date, a skin which will allow you to play the game as Michael Keaton’s movie version of the dark knight.

This is a very nice prospect to look forward to indeed and thanks to Rocksteady’s preview image we can see that Michael Keaton 1989 Batman in Arkham Knight looks incredible.

That’s not the only thing coming though. On top of this, players are also going to be getting the 1989 Batmobile in Arkham Knight too transforming the current iteration into the old school one which many argue is still the best. 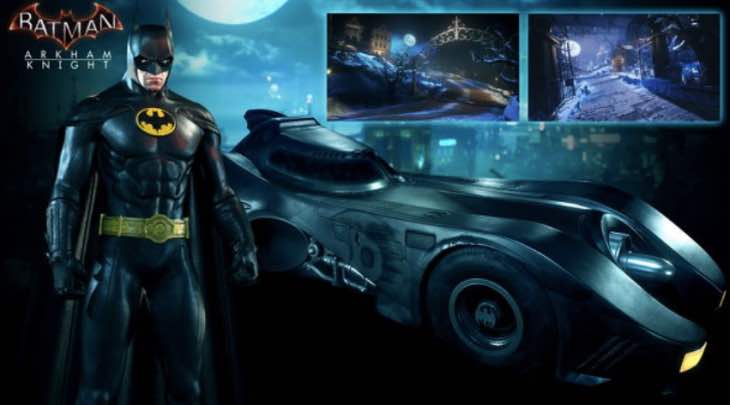 Both pieces of content will be coming sometime next month in August, but Rocksteady nor Warner Bros hasn’t unveiled an exact release date yet – once we have that we will update this with the details for you.

You may also want to know that this content is being developed entirely by Rocksteady, unlike the Batgirl DLC which was off-sourced to WB Montreal instead.

Enjoy the preview image above and let us know your reaction to it – will this completely change the game for you? It will be free to those who have the Season Pass so again, we’ll let you know once we have the standalone price.

How good does the Batman 1989 Movie Batmobile DLC pack look in Arkham Knight?