Following on from the big Ark update last week, we can see that there has been another new Ark Xbox One update today. Naturally players are wondering what is new with the Ark update and now we have a heads-up on the new Ark update 733.2 notes which are now live.

The game was recently updated to 733, adding new creatures such as the Woolly Rhino, Eurypterid and the Dunkleosteus to the game. Now though, we can confirm that 733.2 is live and below is the official Ark 733.2 patch notes as they have been posted to the game’s forums. 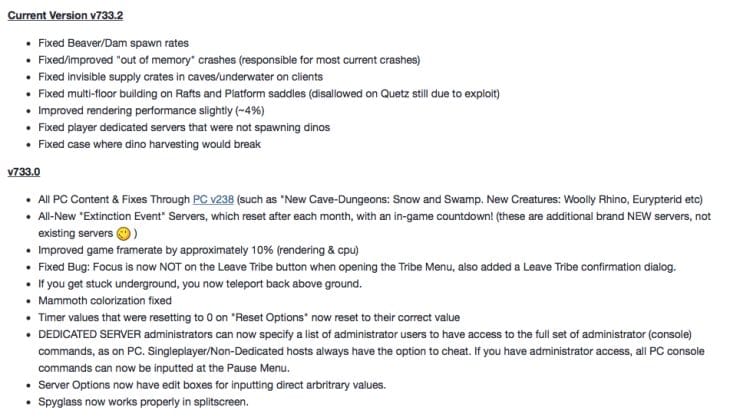 As you can see the developers have fixed up some bugs found in the last version, these include a fix for the invisible supply crates in caves/underwater on clients and also another attempt to improve the constant “out of memory” crashes that many of you have been complaining about.

We know some of you have been curious about a new 3GB Ark update on Xbox One, so we’re pretty sure that this may be it – apologies if we’re wrong though and we’ll update this article accordingly.

Did you just receive a notification for a new Ark update? Let us know what else you spot new in the game in our comments section below.