For those wondering when the next ARK Xbox One update is out, we have an official update to bring you now direct from the developers of the game.

Specifically, we can now confirm that the scheduled release date for the ARK Xbox One update 732.0 is Monday, March 7. Many players were initially expecting this update to go live earlier last week, but due to QA certification, the update is being held up.

Fortunately, the developers left this update on their Twitter page which reveals that they are now targeting Monday for when the new Ark: Survival Evolved update 732 should be up for download. 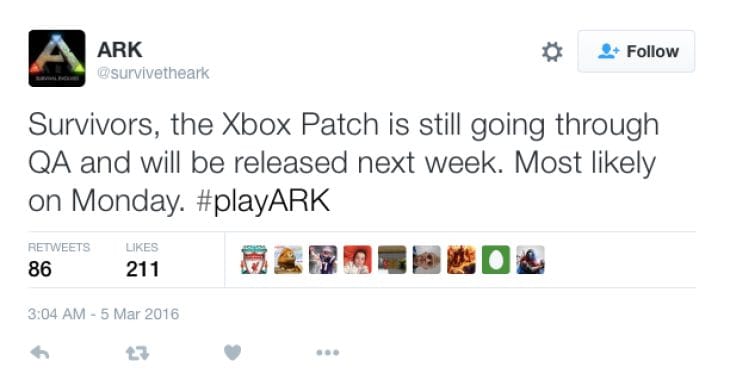 In the meantime, you can read through the full ARK Xbox One 732.0 patch notes as they are already available thanks to the PC version details being available.

You can see a full list of the new changes on Xbox One that will be available once the patch is live by checking out the image below. 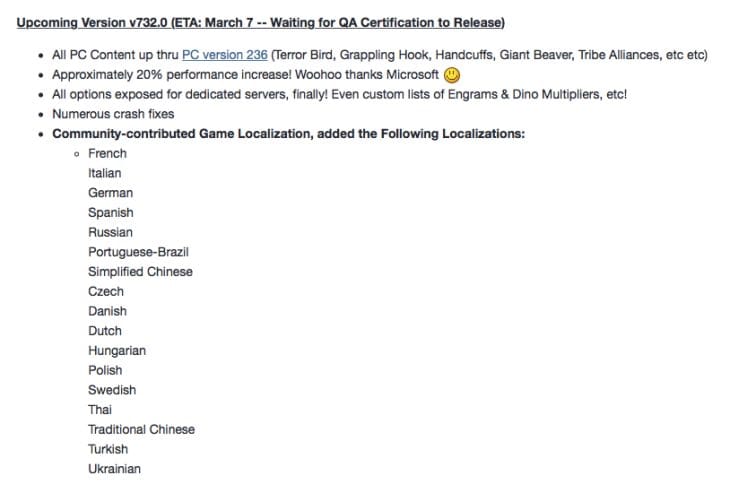 Specifically, the big news is that on Patch 732 there is going to be a whopping 20% performance increase for the game which is fantastic.

Developers Studio Wildcard have also confirmed that they’ve managed to fix the crash caused around the volcano area of The Island which should make a lot of you happy.

Read the rest of the patch notes above and then let us know when you see the download go live in your area on Monday.