They say you can’t teach an old dog new tricks, and it looks like one old dog in particular is definitely hanging on to their old tricks. Final Fantasy developers Square-Enix may have been caught altering Xbox 360 screenshots of upcoming title Final Fantasy-XIII-2, again.

If you are a fan of the legendary RPG franchise, you are probably aware that the company came under considerable criticism when it was revealed that they photoshopped Xbox 360 screenshots of Final Fantasy XIII, when it turned out that the screenshots were actually taken from the PS3 version of the game.

That was last year, and now it looks like Square-Enix are at it again with screenshots for the Xbox 360 version of Final Fantasy XIII-2. First of all, take a close look at the screenshots below this article and then let us know if you think they have been photoshopped or not. The screenshots have been provided by the Unofficial Final Fantasy site.

As you can see, the screenshots are dead-on identical, with the exception of the Xbox 360 screenshot showing a LB button icon, as opposed to the same PS3 shot which replaces it with a L1 button icon – it seems a forgone conclusion doesn’t it?

One potential reasoning for this is that Square-Enix are working on the PS3 version of XIII-2 first, just like they did with Final Fantasy XIII before porting it over to the Xbox 360. The developers may not yet have a running build of XIII-2 on the Xbox 360 yet, and in order to save time and satisfy Microsoft and others, they released this Xbox 360 screenshot to remind everyone that a 360 version is indeed coming – although it isn’t ready yet and thus photoshopped the Xbox 360 controller icon on a PS3 build of the game.

That’s one possible solution anyway, but it will be interesting to see what the outcome of this will be. If you are an Xbox 360 owner reading this, are you worried about the apparent tactics that Square-Enix are using here? On hindsight, we see this is becoming a popular trend in the gaming industry, as the same thing has just happened with Nintendo showing PS3/Xbox 360 graphics for their Wii U reveal at E3.

Is it fair for developers and companies to ‘mislead’ gamers in this way or not? Is there a genuine issue with the Xbox 360 graphics in Final Fantasy XIII-2, or is it just a case Square-Enix cutting corners by being lazy. Give us your thoughts on this one. 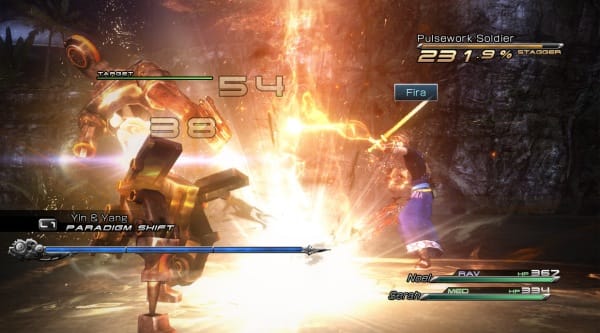 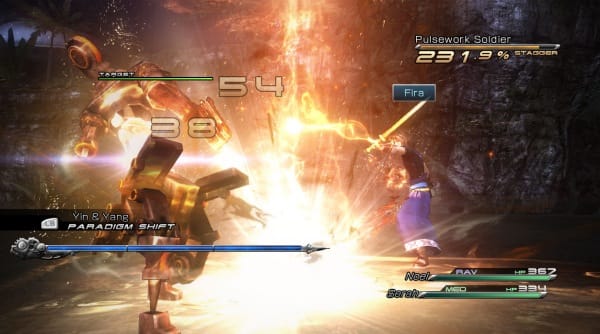