Away from all of the stories regarding Samsung, Apple and Tim Cook’s victory in the ‘stolen’ patent case, it appears that similar tactics have taken place inside the gaming world.

Counter-Strike is one of the world’s most famous shooters and despite being ancient compared to today’s standards, CS 1.6 is still being played by millions of PC owners worldwide. If you have played or still play CS, you’ll know that de_dust2 is a legendary map and is one of the key aspects of the game that distinguish CS from every other shooter online.

We’re not sure if Valve has the same level of high security that Apple has over their IPs, but Gabe Newell and his team may want to take a closer look at this blatent ripoff once they find out about it. How many of you have heard of Webzen and their new shooter called Arctic Combat? 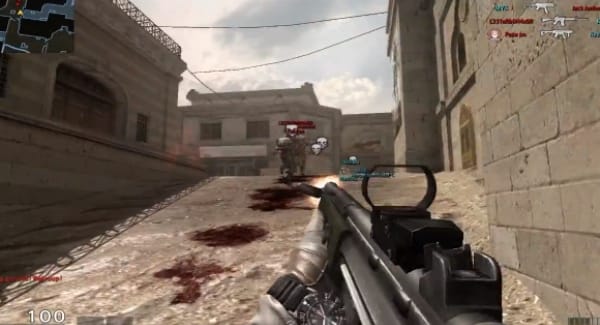 The game is currently in beta and is due for release soon, but one of the maps included in the game called Sand Storm has become quite a talking point online with the FPS community. This is because the map quite essentially is a carbon copy of Valve’s de_dust2 map and Webzen surely had to be joking if they thought they could pass this off as their own by simply moving a few crate locations.

The map layout is exactly the same with both A and B bombsites, double doors at mid, catwalk at short A, almost bordering on the ridiculous. So far, the South Korean developer has yet to comment on the claims and there is some discussion that the map is just paying ‘homage to’ CS, rather than passing it off as a new map.

Check out the gameplay footage below courtesy of PC Gamer and let us know your thoughts on it. As a CS player, have you ever seen a blatent rip off like this before? Don’t be surprised if we see Sand Storm make a sudden departure from the final release of Arctic Combat.