With CES 2014 just around the corner Archos has taken the time to announce a few of their upcoming plans. A range of price friendly smartwatches are set to be featured, as well as a variety of connected home devices.

Immediate good news is that the Archos smartwatch is compatible with both iOS and Android, meaning it will appeal to the majority of smartphone owners. The strong selling point of the smartwatch is its value for money, with pricing starting at $80/£50. Archos reportedly wanted to make their device more like the Pebble, opposed to the Samsung Galaxy Gear. 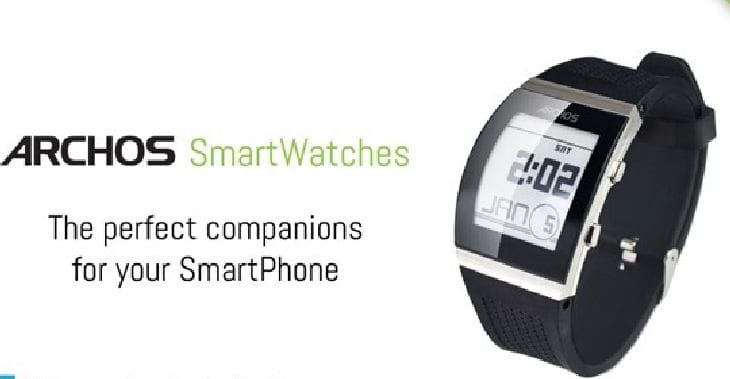 In the image above the date on the watch is set to January 5th which may be foreshadowing some kind of announcement, possibly a full reveal before CES? Archos also confirmed they would be launching a smart Android home tablet, which can be used to control various functions in your house such as lights and appliances.

This year is expected to be big for the emergence of smartwatches and everyone will look to gain a head start. Expect companies like Samsung and Apple to offer higher end but much more expensive models, we predict the future iWatch to be the dearest product on the market. We look forward to seeing many more details on these upcoming devices soon, will you be buying a smartwatch this year?