When the first flat screen TVs were first launched they had huge bezels, which looked nicer than a CRT. However, in time the size of the bezel has been reduced to just a few millimeters for some models, and we have to say they just give the latest range of TVs a far better and cleaner look.

The smartphone and tablet market have also been following the same design route, starting off with a wide bezel and in time reducing in size. We still have a way to go until we have an edge-to-edge tablet display, but the AQUOS Pad SHT22 is pretty close, although we are only talking about the sides because the top and bottom still have a decent about of black showing

Sharp has come up with a new tablet design that means when you take a look at the display you are not met with an ugly piece of black running around the edge. Okay, there is still a slim bit of black but it’s a step in the right direction to almost doing away with the bezel completely. 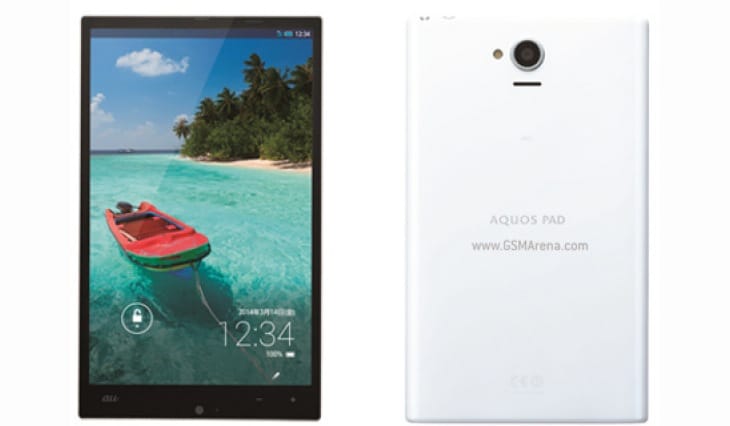 Now that Sharp has stepped up to the plate with the AQUOS Pad SHT22, we bet it will not be long before Samsung and other Android tablet makers will come up with their own edge-to-edge tablets.

As for the Sharp Aquos Pad SHT22 price and release date we have no information at this time, but we can tell you that it will come in a choice of five colors.