Minutes before Microsoft held their VIP event we reported that Mango would not be called 7.5, instead it would be 7.1. Now that we have had time to look over a few things from the event we are happy to report that apps for Windows Phone 7.1 Mango will be equal to those on the iPhone and Android — well that’s the theory.

The reason for this is due to the fact that Microsoft has made some new tools available for developers, which is said to be on par with its rivals. There are a number of apps that have proved very popular on iOS and Android, but for now have been missing from WP7. The reason for this is that certain apps require the use of the phones camera, something that developers have not been able to get around with the current tools that Microsoft provides.

Intomobile also reports that Windows Phone 7.1 Mango will soon have access to the camera, so those using the mobile OS will be able to use apps like Instagram. Third-party programs will soon benefit form the update as well, as they will be able to offer full multitasking; this is currently available for first-party apps only. 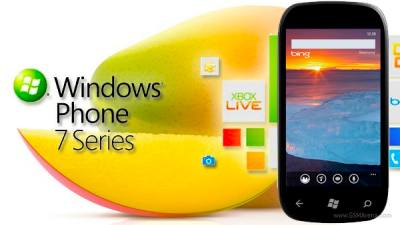 Has Microsoft gone far enough with Windows Phone 7.1 Mango to be able to mount a challenge against iOS and Android?