During the Apple keynote event today it was announced that the new 2013 Mac Pro would release in December, although an exact date was left out for now. The price will be just under $3000 and looks radically different, as most of Product Reviews readers already know thanks to the design already being teased on Apple’s website for a few weeks.

The new Mac Pro will offer a new level of silence in 2013 and the design team aimed to make it as silent as a Mac Mini running on your desk. When it comes down to the new Mac Pro size compared to the previous generation, it is one-eighth the volume. 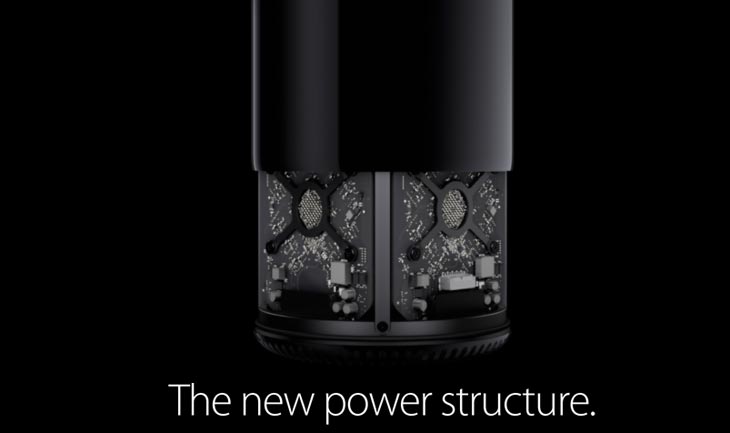 When it comes to the 2013 Mac Pro specs, you will find new AMD FirePro graphics and up to 12 cores with Xeon E5 processors.

The new Mac Pro is designed for professionals, so this is why the 2013 upgrade will deliver support for up to three 4K displays that can feature HDMI 1.4.

Apple revamped Final Cut Pro X to take full advantage of the new Mac Pro, so the new software is developed to use the horsepower found inside the 2013 model. Apple featured a few quotes during the keynote that were made by video and audio professionals admiring what is possible with the new hardware after being hands-on with a pre-release version.