We have some interesting news to bring you now, as another mystery Apple device has been leaked, revealing an upcoming touchscreen device of some sort – although we, as well as the source responsible have no idea what it could be.

According to this report from BGR, the images of the mystery device have been obtained by Taiwanese website Apple.pro. It is worth pointing out that this is the same website responsible for leaking iPhone 4 and Macbook component details prior to release, so we could well be looking at a future Apple product here folks.

Another interesting thing to note is the ‘2009’ text next to the Apple label on the ribbon of one of the supplied images. The touchscreen device is only thought to be 3cm x 3cm – so what do you think it could be?

We think it could be a number of things, let us share a few of our ideas with you. This is a longshot, but it could be a prototype for some sort of touchscreen watch device – dare I mention the ‘iWatch’? A more realistic guess could be a portable version of Apple TV – now that would be a great idea for Apple.

It could also be display screens for their iPod products, or even a secondary screen or a touch pad for their existing Macbook Pro or Macbook Air devices.

Do you think you have a better idea as to what the device could be? If so, we want to hear it! 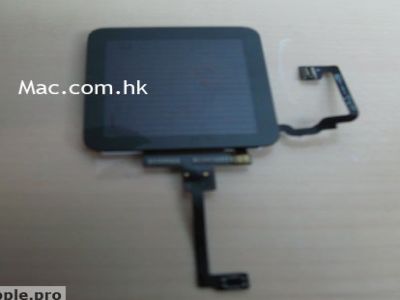 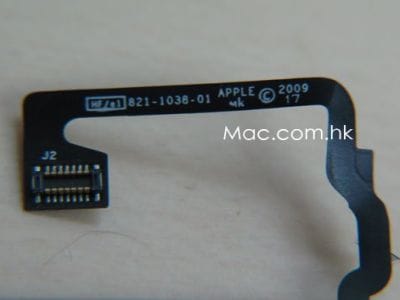