A few days ago we reported on a vulnerability with Bash shell, which meant that certain people would be able to gain access to your computer and steal personal information. It was Mac OS X and Linux based computers that were susceptible to this issue, and there is finally a fix, although not in the way you would hope.

Apple has a Bash Patch to fix Shellshock, but it is not an automatic update within the App Store on your Mac device, but rather a manual download, which you can get HERE. On the special Apple page it states that this OS X Bash Update 1.0 for OS X Mavericks will fix the security flaw. 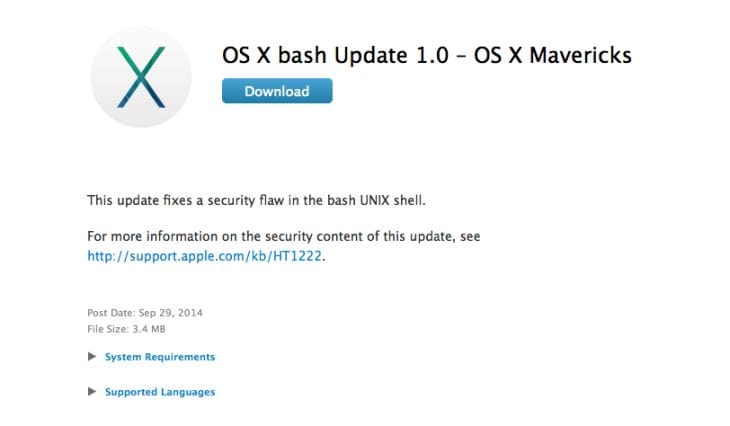 Apple did report last week that most OS X users were not at risk, and so it would seem this is yet another security problem that has been blown out of proportion, although it is still advisable to download the patch.

Having said that, if you had set up certain UNIX services, then you would have put yourself at more risk, and so you should not hesitate in downloading the fix.

You can find more details on this security issue and fix in the video below.