When it comes to electric vehicles, Tesla Motors is at the top of its game, and Apple is expected to be at the top of the wearables market once the Apple Watch gets released. With the two companies being so alike, it is no wonder we have yet to see the two brought together in some way, although that could finally be about to happen.

Apple Watch with EV car control capability — There is a way in which you would be able to control certain aspects of a Tesla vehicle by loading a third-party app onto the device. The software is created by ELEKS and will come with several screens to give you access to many different functions of the electric vehicle. 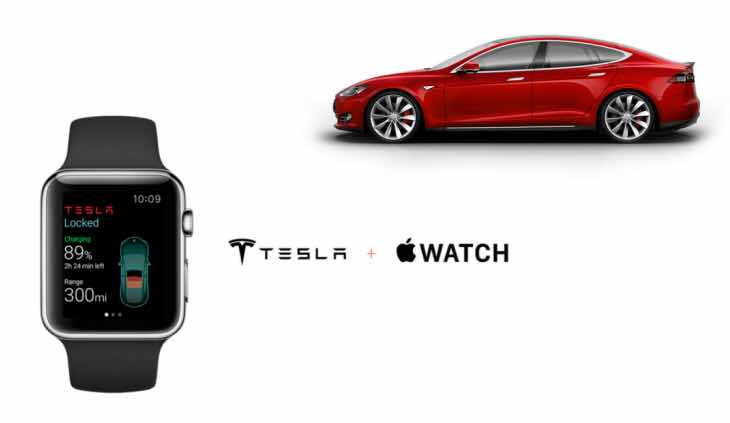 From the app you will be able to gain access to a multitude of Tesla features, such as the battery life and what range you have left. You will also be able to track the location of the vehicle, operate lights, horn, lock or unlock the doors, as well as open and close the sunroof.

That’s not all; you will also be able to control the temperature of the car on the passenger and driver side. You can see a demo of this in action in the video below.

We know these functions are limited at the moment, but seeing as though the Apple Watch has yet to be released and this being the first beta version, ELEKS is certain there is a lot more to come.