Following on from the huge iPhone Xs leak this week, we now have early details on the Apple Watch Series 4, with the first official picture now available ahead of Apple’s event on September 12.

Once again, 9to5Mac have provided the world’s first look at the new Apple Watch, which appears to confirm heavy speculation that Apple have managed to upgrade the display size by around 30%.

In other words, those who buy the latest model will be getting an edge-to-edge display for the first time and looking at the first picture – there is a lot more space on that display to house extra information. 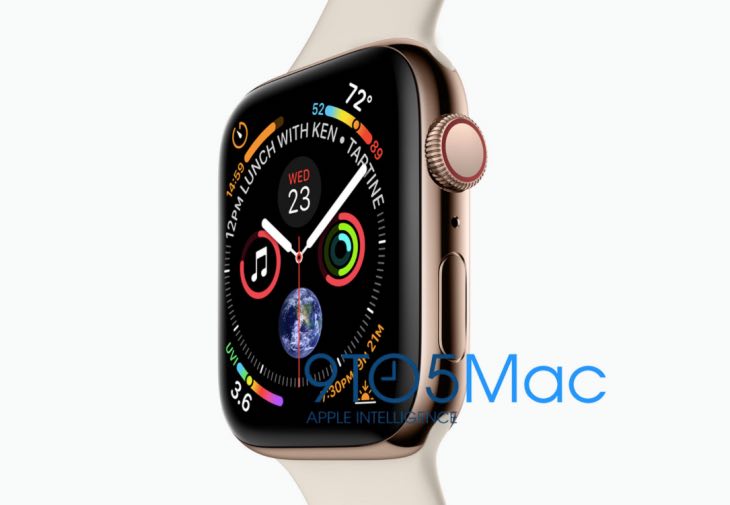 The picture reveals that the new Apple Watch Series 4 will have support for a total of 8 complications on the screen at once – comprised of four along the edges of the screen and four underneath the clock hands itself.

You can also spot a microphone hole underneath the Digital Crown and what appears to be support for current bands, but all will be revealed officially on September 12.

Are you excited by the new display size available on these newer models? Let us know your thoughts and if you plan to upgrade.