Before Apple’s Spring Forward event there was a lot of discussion as to when the Apple Watch release date will be, as most of us assumed that the US would get their hands on the device first, with other countries following a few weeks down the line.

However, this is not the case because the Apple Watch is to be released in 9 countries first, and those are Australia, Canada, China, France, Germany, Hong Kong, Japan, United Kingdom and the United States.

You might wonder why other European countries have been left out, such as Spain and Greece, but it is more than likely to do with the size of those markets, as well as their importance. 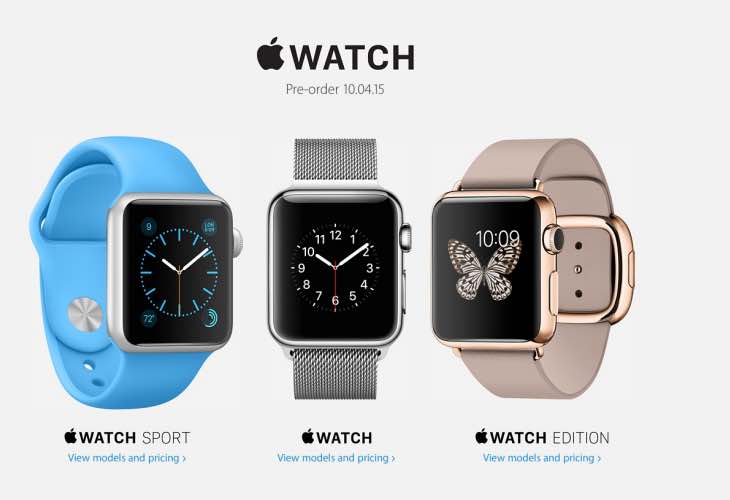 If you live in one of those nine countries, then you will be able to pre-order your Apple Watch on the 10th of April, with its release to follow on the 24th of that month. This means you have around one month before you can order your model, so you had best sort out which model it is you will be going for.

Please remember, these are not cheap, although there are ways in which you could save money, such as a possible third-party strap, if the Kickstarter gets funded. There’s already been a debate as to the high price of the Apple Watch Edition, but only time will tell if that particular model will prove popular or not.

In preparation for Apple’s new wearable, you will need to download and install iOS 8.2 to your iPhone, although this has caused a bit of an issue. We say this because it seems those that are not interested in the wrist device cannot uninstall the Apple Watch app in iOS 8.2, although not for the want of trying.