The Apple Watch exact preorder date has been known for a while, but the time in PDT has finally been confirmed in the last few days and allows us to convert to EST and BST. If you are looking to preorder the Apple Watch on April 10 in the USA, then you should know a time has been set in PDT for 12:01am, as revealed by the Apple Store and screenshot on this page.

This means the Apple Watch preorders start in the UK at 8:01am and 3:01am for New York, Eastern Standard Time. While at first the only confirmed timezone was PDT, naturally we expected this to convert to all regions like we have seen in the past. Some Product Reviews readers were planning on staying up for a midnight launch in the UK, just in case Apple rolled out the launch with the exact time based on timezone. 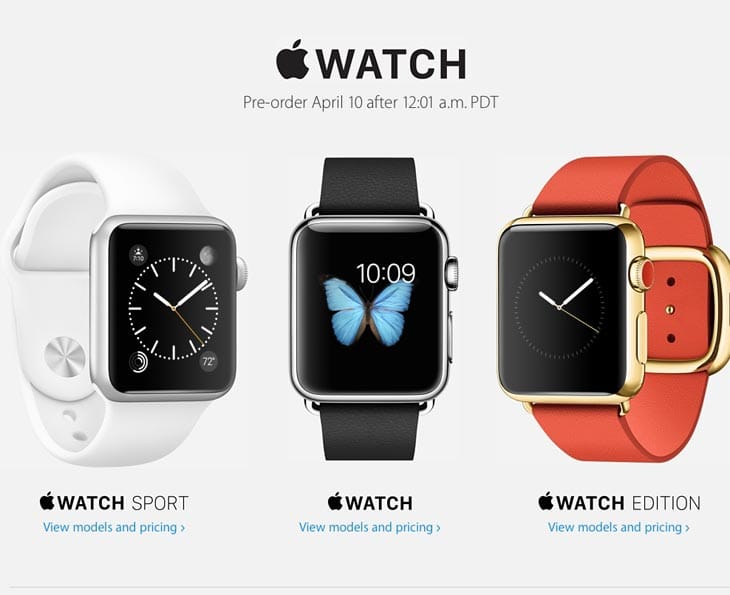 It was strange at first to see only the Apple Watch store page receiving a time in United States, but this later changed for international preorders. You can see a second screenshot below from the UK Apple Store, which states “Pre-order 10 April after 8:01 a.m”.

Clearly, this reveals both Europe and the US will be able to place orders at exactly the same time. Some consumers will worry about all regions being able to place an online order at the same time, especially considering server problems in the past with such high demand and low stock.

Will you be ready to place your Apple Watch preorder at the exact time in PDT, BST, or another timezone? While you can place an order within the next 3 days, your shipping and arrival date will not be before Friday, April 24. Prices range between $349 and $17,000 in the US, although the latter is for an 18-Karat Gold edition and certainly more money than most people.