The Cicret Bracelet might have looked extremely futuristic, but it’s the Apple Watch release date that stands the biggest chance of wearable success in 2015 and it now looks closer than ever to launch. Previously, you would have noticed the USA official website displaying an “early 2015” window for the Apple Watch, but now the UK release date will also fall within the early 2015 timeframe.

Apple updated their UK and other European websites to include this launch window within the last couple of days. There’s now hopes that we could see a special event before Valentine’s Day, but this possibility has split fans with timing being tight to get the Apple Watch to retail locations in time for Valentine’s next month. 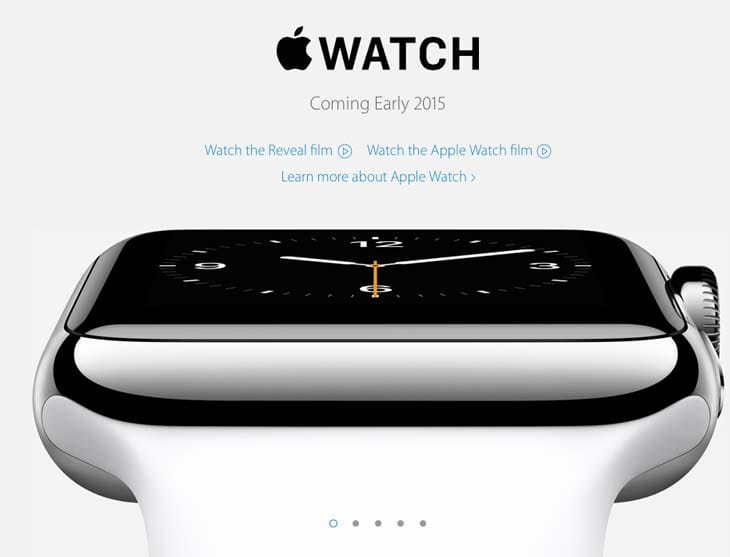 UK and USA Apple Watch release together – it’s now clear that Apple plan to launch into Europe and the US at the same time. Whether the dates are exactly the same, or slightly different, is yet to be seen.

Apple could certainly steal some of the CES 2015 thunder next week if we heard something about the Apple Watch release date, but this is highly unlikely thanks to the company never rushing to launches. This is why a pre-Valentine’s Day release date is also hard to believe, unless they hold a special event with at least one week before Valentine’s.

If you watched the presentation for Apple’s smartwatch, then you will know there’s many features that would appeal to those in love. This would be a great time to launch with good sales, even if some people believe the Apple Watch is set for success no matter what.

Would you like to see the Apple Watch release date before Valentine’s Day and if so, would you purchase one? We did see one prediction creating some debate, which predicted the pre-orders starting on Fri Jan 30th. Let us know what you want to see happen and of course, what you expect Apple to do.