Today, Apple will launch their Watch at an event location in San Francisco, California. The choice of venue is the Yerba Buena Center for the Arts, which has been favored before and is best known for its multi-disciplinary contemporary art styles performed there. Take a look below for details on the Apple Watch event today, its location, and the press conference start time in the United States along with UK.

While the invitations name this as the Spring forward press conference, most analysts in the technology industry rightly expect the main release to be Apple’s new smart watch. You can see a Google Map screenshot below, but take a look at our event page to see the interactive map with further details and directions for the Yerba Buena Center for the Arts. The information also includes a start time for Apple’s Watch event today, which is 10am PST, 1PM EST and 5PM GMT. 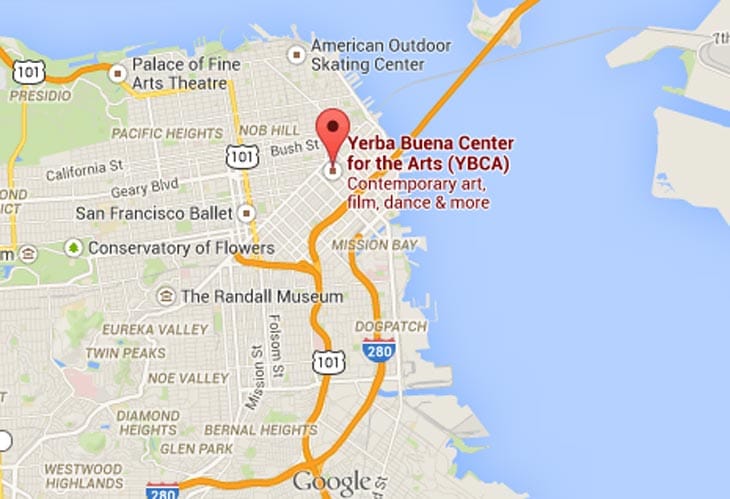 You can watch the March 9 Apple event live thanks to a video stream being offered once again by Apple themselves. You can access the streaming just by going to this page, but make sure you are running Safari on iOS 6.0 or later and OS X v10.6.8 users need version 5.1.10 or later. You can also watch live on Apple TV, so look out for the special events logo and make sure you update your software before the start time.

Will you be watching the Apple Watch event today, on March 9? Let us know if you do run into any problems with the streaming and if so, what device you are using. We personally hope that the stream doesn’t start freezing like it did during the iPhone 6 launch last year.

There’s also hope to see the 4th generation Apple TV finally release, which could be possible considering the invites talk about Spring forward rather than just a watch. Leave your predictions for any other product launches below.