Consumers have been spoiled by the amount of products that have been designed to work with Apple devices at CES, although many of you have been hoping to see a few that would work with the upcoming Apple Watch. We know this wearable will be released around March time, and so we were pleased to see a charging stand make an appearance.

The Bandstand is described as a revolutionary docking station for the Apple Watch and was seen at CES. This is a big deal because the only one we have seen so far was a render, and so finally great to see one in the flesh, well metal. 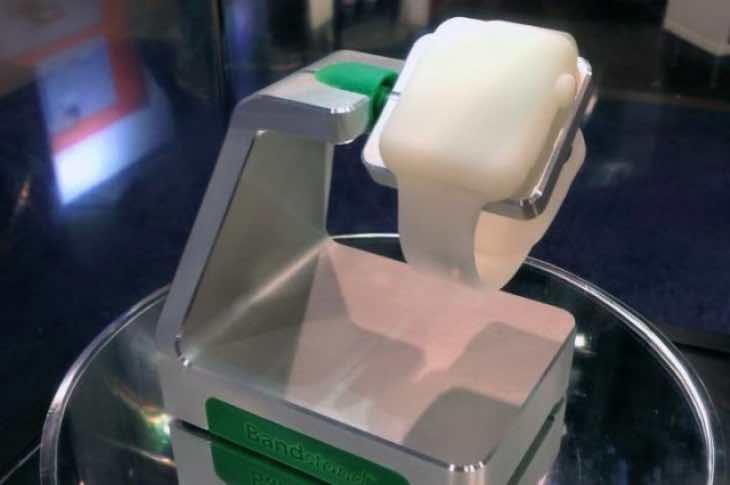 Joe from 9To5 Mac has been hands-on with the Apple Watch charging stand and was surprised at just how heavy it was. However, he then found this to be a good feature because if it were too light the dock could be yanked away when removing the smartwatch.

We have included a video for you below, which gives you a good idea of what to expect, and if you are interested you can register to be included in Standzout mailing list.

It is not yet certain when the docking station for the Apple Watch will be released, but it should be pretty close to the release of the watch itself.