Those of you that have been sharing their Apple Watch battery life problems will be happy to learn that watchOS 2.0.1 has finally been released, and should now bring an end to those issues — well that is the hope anyway.

Apple Watch battery life finally fixed — Many users had been complaining about battery life ever since the major update, which we had already discussed. We are not sure what had caused the issue, but all we know is that it is now fixed. We’d like to hear from you to see if this is actually the case or not? 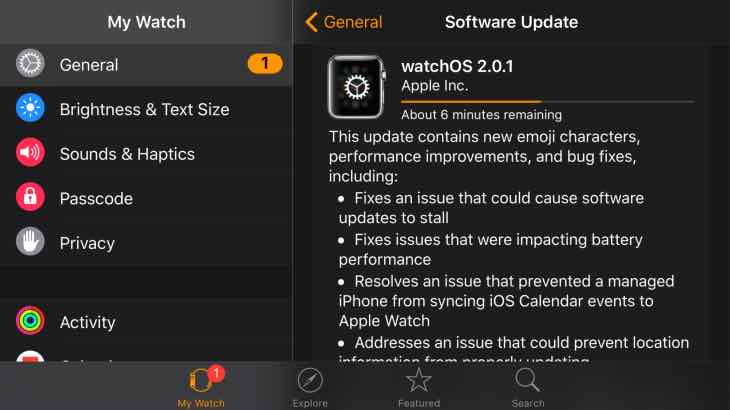 Other improvements have also been made, such as a fix that could have prevented software updates to progress past a certain stage, syncing iOS Calendar events from your iPhone to Apple Watch has also been fixed.

Some users had reported an issues where location would not offer the correct information, well that has also been fixed, as have Digital Touch will now send the phone number instead of email address and also sensors will no longer stay on indefinitely when using Siri.

The other bit of good news is that tvOS has also gone Goldmaster, ready for its public release next week.