The way in which Apple Watch owners class their new gadget as having battery drain will depend on expectations. There’s been a number of Apple Watch reviews appear on YouTube, or other social media websites, but users seem split on the expected Apple Watch battery life.

We touched on the facts for Apple Watch battery life in this article, so one could think everything less than this in real-world tests might be considered as a problem. While the sales have been strong, thousands will wait for the second generation Apple Watch in hope of more juice. 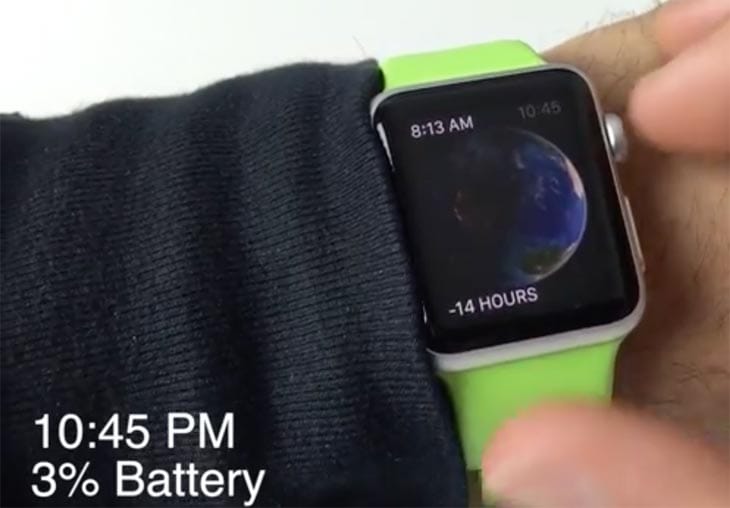 Apple Watch battery drain in 14-hour review – you can see a hands-on video below this article that showcases one day with the Apple Watch. In fact, the battery drained all the way down to 3 percent in around 14 hours. This is much less than some people read on Apple’s own website, but the drain could be due to mixing light use with apps that drain the battery life much faster.

This particular user mentions how they love apps like Twitter with the Apple Watch, so this alone could help drain the battery faster. Take a look at the video below to see how a 14-hour day can drain the Apple Watch battery.

How long does your Apple Watch battery last in a real-world test? Leave a comment below with how much life you get, and of course if you think there’s problems.