Apple are not having a good time of late, as many of their products seems to be falling in terms of sales, such as the iPhone and now their Watch device. Even though the Apple Watch still commands the most market share for smartwatches, its actual share has fallen and there does not seem any reason why this trend will stop any time soon.

There are two possibly ways to stop the stem of falling sales and that is with either an Apple Watch 2 being released, or failing that, an Apple Watch price drop, and not by just a few dollars, but a substantial one.

However, there is an issue with both, as we highly doubt we will see a second generation Apple Watch released within the next quarter, or even a decrease in price, and so sales look set to just keep falling. 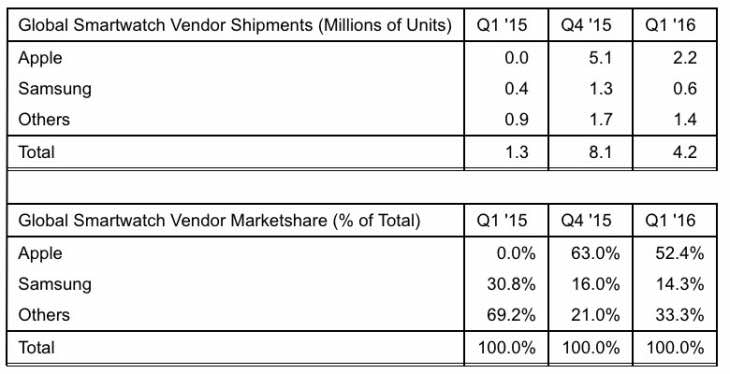 We know that increased competition is also another factor with Apple’s falling sales of their Watch, and so yet another reason why this trend shows no signs of stopping. This is also the case with the iPhone, and with rumors that the iPhone 7 features or design will not be too different to the current model, we also find it hard how Apple will be able to get things on track and see improved iPhone sales.

Some of the other things that are now starting to let the Apple Watch down are its performance and no GPS. If Apple can increase the speed to make it compete better with rivals, and also throw in GPS, then these are just two simple ways to make it a far more competitive device.

What does worry us though is with Apple’s trend of lacking innovation, you have to wonder if a 2nd-gen Watch will be that much different to the current model?