Apple has already gained huge success in the smartphone market with the iPhone and in the tablet PC market with the iPad, and it would also have a fairly good chance of success if it entered the world of video games consoles as well, according to EA’s Vice President Patrick Soderlund.

As reported by Tom Pakinkis over at computerandvideogames.com, Soderlund spoke with CVG recently about the future of the gaming industry, and those who are competing within it. In his opinion, Apple has a good chance of succeeding if it was to take on Sony’s PS3 and Microsoft’s Xbox 360. 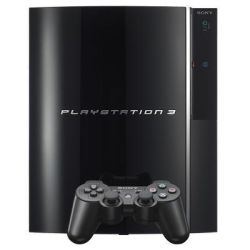 Soderlund said that anyone else other than Apple would find it really hard competing against the likes of Sony and Microsoft. Some of you may have even heard the previous rumors, which suggested that Apple was possibly stepping in to purchase a massive video games property.

Although Soderlund admitted that he thinks Apple would still find it extremely hard, he did state that the company has surprised people before. Do you think that introducing a games console onto the market is Apple’s next challenge? If so, do you think it will be as successful as the iPhone and iPad?