The latest Apple iPhone update is continuing to cause problems for users, with many complaining that iOS 10.2.1 not only adds no new features but still doesn’t fix up long term issues that they thought Apple would be addressing with every hotfix.

First of all, take a look at Apple’s official iOS 10.2.1 changelog if you haven’t seen it yet: 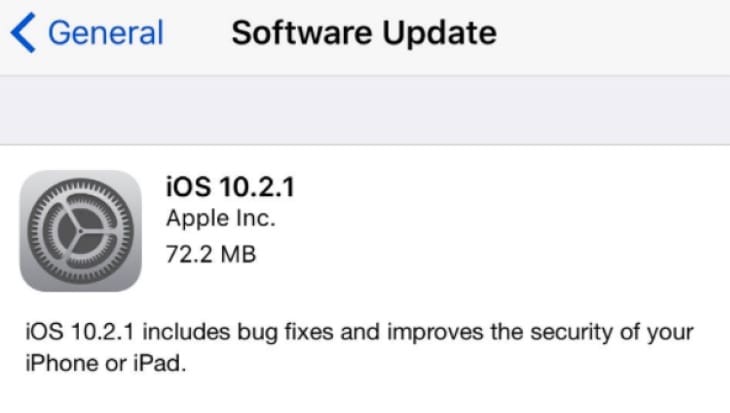 The security details which they mentioned are listed in detail here and reference security fixes for Safari, iTunes and iCloud as of January 23, 2017.

You can see an Apple support thread that has been opened up specifically about TouchID problems on iOS 10.2.1 here as further evidence that this is happening right now to many users.

Ultimately, have you seen from your own experience that iOS 10.2.1 is doing more harm than good? Let us know your list of problems below and we’ll try to help.