There is a number of ways an Apple TV update could release during the rest of 2014 that would be a game changer. This includes delivering a major software update, or even the expected 4th generation Apple TV with massive improvements.

We could also see an Apple TV set rather than a new little box, but this wouldn’t directly compete against the new Amazon Fire TV. In our opinion, Apple need both new Apple TV hardware and a major update to the system software.

Mainstream media have been talking about a new Apple TV for months and especially in 2014, although some of the rumors from so-called people “in-the-know” follow a strange launch pattern that’s unfamiliar. Earlier this year Bloomberg stated the next device would be unveiled “by April”, which we didn’t believe at the time considering the nearest event would be WWDC 2014 and they mentioned an unveil followed by a release date later on in the year.

We could easily see a silent release for the next Apple TV update, but fans of the little black box would rather see a lot more features added like native apps that would surely need an event to reveal such big changes? It is true that Apple want more agreements with distribution and programming partners, although many of these updates arrive with software updates rather than new hardware.

If we don’t see a silent launch on the official Apple Store, then we will most likely see new hardware revealed at WWDC 2014 if it’s to be anything major and references in previous iOS 7 builds at least point to new hardware refresh.

Game changing Apple TV update – considering Amazon revealed something impressive with their Fire TV, it is now time for Apple to step up to the plate and launch the best improvement to Apple TV yet with their next update. We’d love to see software improve what the hardware is capable of doing, great for existing owners, but knowing Apple they will save the best features for new hardware to entice fans to upgrade.

Adding apps is great and with each new software update we do see a new app occasionally, and while it’s great to have all of our services on one device, I’d rather see something much more than another paid for sign-in. 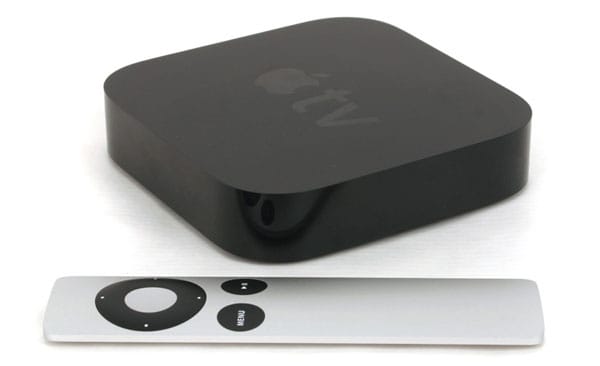 What would make the perfect 4th-gen Apple TV? Our first wish would be native apps, something Fire TV is bringing in the hundreds very soon, although we’ve heard from fans in the past with long wish lists for new features and specs. Some Product Reviews readers thought this upgrade would land with iOS 7.1, but that didn’t happen, so all eyes are on WWDC for something special.

While some of you will look for ways to hack your Apple TV for many new features without jailbreaking, like this, it’s our hope that Apple finally give the fans what they really find useful with the next Apple TV software/hardware update. Leave a comment below with your ideal 4th-gen Apple TV, or even the ideal software update that you’d like to see next.

If Apple lets Amazon’s Fire TV take living room marketshare after beating them with gaming capabilities in a little black box, then sadly we may see some users jump ship, although just allowing iOS apps natively on Apple TV could change all that very fast at least for iPhone, iPod touch, and iPad owners.

You can read more about pairing Fire TV with XBMC, see a teardown of Fire TV, and take a look at the game controller in previous articles.

We’d also love to hear from Apple TV owners that might jump to Fire TV, and of course what would make you stay loyal to Apple with the next update? Again, leave a comment below with your thoughts.