You will start to notice more Apple TV reviews are beginning to appear online for the new 2015 model, and so we are starting to get a general idea of some of the other features that Apple left out during its keynote almost 2 weeks ago. While many people seem to be focusing on the same new feature, which is Bluetooth support for headphones and speakers, we are more interested in Night Mode, and enhanced accessibility options.

9To5 Mac has an in-depth look at the fourth generation Apple TV and gives you a very close look at what makes this new model far better than its predecessor.

The Night Mode gives you a white screen to help make you see things better at night, but it would have been nice if Apple gave its set-top box a darker interface at night to make things more subdued. 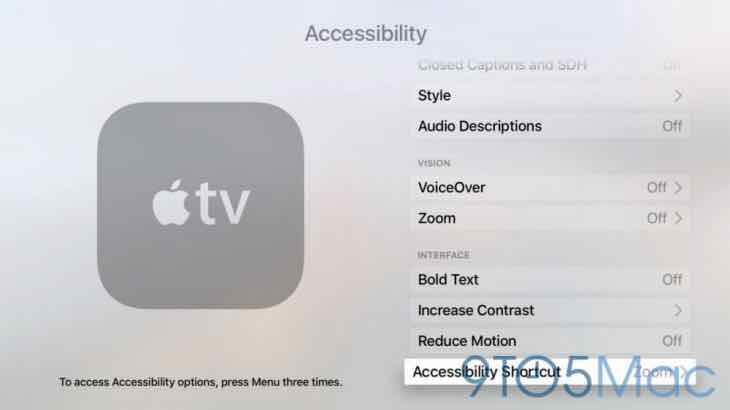 As for the new Apple TV accessibility settings these are a vast improvement over the outgoing model, as there were just two before. The updated menu now adds far more options like new Zoom function, reduced motion, increased contrast, ability to make text larger, audio descriptions, adjustable multipliers and so much more, details of which can be found on 9To5 Mac’s review.

There is also a video review, which we have embedded for your viewing pleasure below.

What features are you most exited about?