We have some worrying reports to bring you now, as we have been hearing that some users are experiencing problems on Apple TV, related to long rental time waits on the Apple Store, and also connectivity issues related to HDMI.

According to this report from Apple Insider, the problems are affecting owners of the second generation Apple TV box, as complaints have been mounting up on the official Apple support forums, with users clearly having problems with Apple’s recently released device.

Some users have experienced strange wait times for HD rentals, with some content even asking users to wait ‘3,000 minutes’ before it started to load, despite the fact that other content such as trailers and HD Netflix movies started playing a few minutes later.

Furthermore, we are once again hearing reports of HDMI issues, with users complaining about color and picture quality on certain TV models, similar to a previous problem which we told you about here. 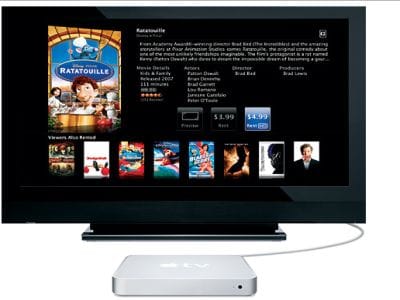 To add further frustration to Apple TV owners, a recent software update to the system doesn’t appear to have fixed these problems, meaning that Apple will once again have to release another update to get things sorted. Do you have a problem with your 2G Apple TV? If so, get in touch with us.