Apple has filed another new stylus patent design which foreshadows an iPad Pro release in the future. It is unlikely we will see Apple’s super size tablet this year, but the new extendable stylus concept could be a hint at the company’s future intentions.

It seemed unlikely of Apple to get involved with styluses but they have become rather popular and useful with larger tablets above 12 inches in size. According to Apple Insider, this new design has been listed as an “input device having an extendable nib.” The nib seems to be the key factor in this new stylus design, differing to the previous ones we have seen over the months.

This new type of multitouch nib would reportedly come with on board light and motion sensors, with the extendable element being flexible. The stylus could give a sensitive touch like no other model, being potentially made from materials such as fiber, rubber, mylar or metal. 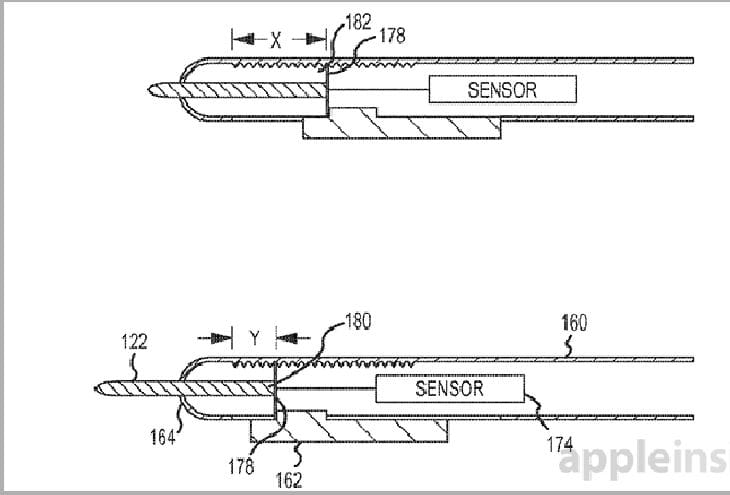 One possible theory is that due to the size of the iPad Pro’s display, owners would be encouraged to draw and paint on the device. Talk of a 12.9 inch iPad have been heavily rumored, however it is more likely this would arrive in 2015 to accommodate a 4K disaply. Apple are likely to focus on an iPad Air 2 this year and bring a new type of iPad to market next year.

With Samsung starting to raise their game and offer more plus sized tablets such as the Galaxy NotePro, Apple will not want to wait too long offering consumers their response. You can see an iPad Pro concept design and all of the features which have been predicted for it here.

Do you think Apple’s interest in styluses more or less confirms their plans to release the iPad Pro?