We have had a lot of speculation recently about a refresh for the MacBook Air. Talk about the unit entering production has been going on for a while, and more recently we reported another analyst has reported the device finally being made. Now we have news that Apple Stores are to be updated Tuesday, so does this mean a new MacBook Air Wednesday?

An article on Hotlink24h is reporting that rumors that the Apple Stores will have new signage to coincide with the annual Back To School promotion, and will be alongside the release of the new MacBook Air. The new MacBook Air with Sandy Bridge processors have been spoke about for a while now, and will be following the MacBook Pro by having the new processors inside.

It is not thought a bigger unit is part of the launch with the 13.3-inch remaining the biggest Air available. But other rumors circulating on the internet are suggesting that the new product being released on Wednesday will be an unlocked version of the iPhone. 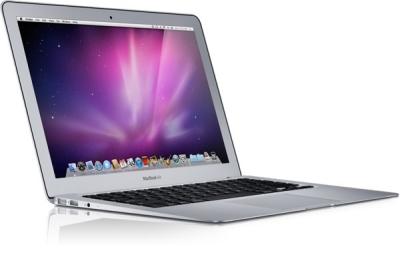 Even if the next MacBook Air is not released this coming Wednesday it can’t be much longer for it to become available. Are you holding off buying a MacBook Air until a new one is released?