As expected we’ve seen the Apple Store go down on October 23, which has resulted in those of our readers in the US, UK, and a number of other countries being unable to connect to Apple’s online shop. While there’s no definite time for when the Apple Store will be back up, we do know what should be added once the store returns.

We published details on the iPad 4 and mini release date a few days ago, which showed that countries involved in the initial launch of Apple’s new tablets. We are under a couple of hours now from the official iPad mini/4 launch, which is for pre-orders only with a release shortly after. 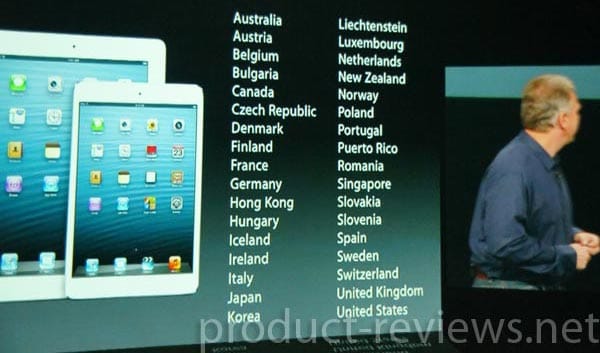 The “we’ll be back” message has become a famous occurrence for Apple, and seeing the store down doesn’t always mean a new product, although today obviously does with the 7.9-inch iPad mini and 10-inch iPad 4. The latter device has been hit with some controversy, which Apple had to expect after releasing two generations of iPad within 1 year. These were the iPad 4 and iPad 3 within 7 months of each other, something 3rd-gen owners didn’t want to see.

Will you be pre-ordering an iPad 4 or mini when the store is back up? Those of our readers that want to know more about the iPad 4 and mini specs should take a look at our article published yesterday, which explores these with some videos.