Good news for iOS fans, as Apple has just gone live with the iOS 12 beta 4, meaning that developers now get to preview brand new features of iOS 12 before the final software is out for everyone else this Fall.

The good thing about iOS 4 beta 4 is that there are new features that have been discovered, one of which is new Activity stickers to play around with inside Messages. 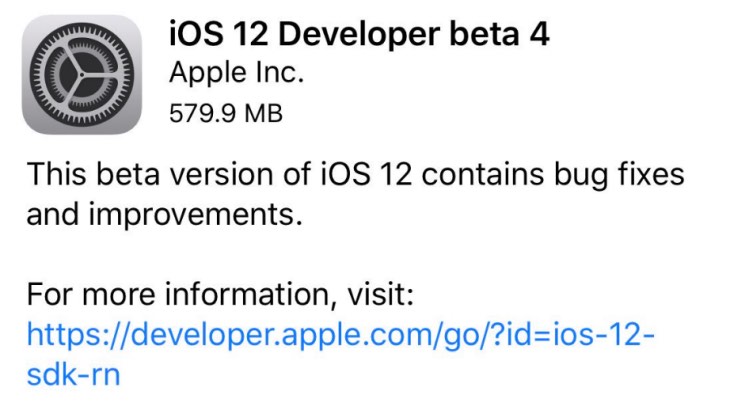 Also new is updated share icons inside Photos, a change to the layout of Now Playing inside the Music app, improved text information when inside battery settings and much more.

You can check out the video below courtesy of 9to5Mac, who have given a quick hands-on on all of the features spotted so far within iOS 12 beta 4.

Remember that all of these will find their way into the final release this September, so it’s always nice to get an early preview if you love to see what Apple improves on each release.

What are you personally hoping to see with iOS 12 before the final version is out?