Apple’s popularity was beginning to be questioned with the growth of Android users increasing, but it seems that if anything the company’s popularity has spread even more global as it was discovered China became the second largest market in terms of revenue after the September quarter earnings call was revealed.

The economic progress that the country has made to gain this status has been described as ‘amazing’ by Apple CEO Tim Cook. He insists the company will now do everything they can and have been doing in the US, to sustain the increasing growth in Apple product interest there. This includes advertising and 3rd party channel, APR channel, online and retail stores strategies.

The earnings call also showed that revenue in the Asia Pacific region totaled $6.53 billion and represented a 139% growth year over year. Europe and the Americas generated $7.39 billion and $9.64 billion by comparison. China is now ‘the fastest growing region by far’ in terms of revenue, having rose from 2% in 2009 to 12% this year and 16% this quarter.

As the Wall Street Journal explains earlier this year Apple claimed its China stores attracted more than 40,000 visitors a day compared to 10,000 per day in US stores. The stores in China also have the highest average revenue and highest average traffic of all the Apple stores across the globe. There are currently only five Apple stores in mainland China and the company opened another store in Hong Kong in September.

Although it is unsure how long this new found success will last, given the fragility of China’s economic growth due to global recession, Apple will be doing their best to take advantage while it is here. They will also focus on other regions including the Middle East, Russia and Brazil. How long do you think the interest in China will last? 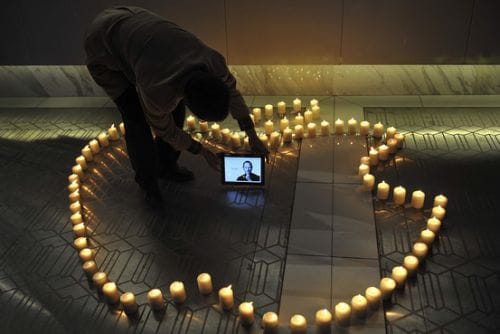