We have seen so many choices when it comes to choosing a color for your Apple Watch band or strap to make them look very different to others. However, there are other ways in which you can customize yours — just not sure a pocket watch is the way to go.

The designer Tom Ford has taken an Apple Watch and transformed it into what has been described as a stylish, yet classy-looking timepiece, but its new design sort of defeats the object for what the wearable was actually designed for. 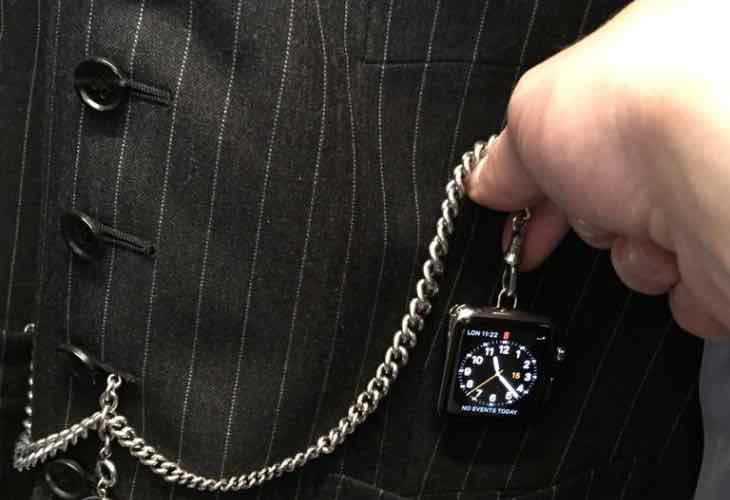 Ok, so you can see in the images just how classy an Apple Pocket Watch would be, but not sure how well it will track your fitness while placed in the wearers pocket instead of on the wrist?

We might be jumping the gun a little here, because Tom Ford might have just created this as a one-off, although after seeing it showcased during the London Collections spring 2016 shows, we could see the designer being inundated with orders for the accessory to transform their Apple Watch into this pocket timepiece.

Not many people would have such a thing, so young people that like to show off how classy they are, yet still be relevant might very well hope to see this new addition in the Tom Ford collection, but would you?