With July almost upon us people have now started to wonder when we can expect the release of Apple Pay in the UK, as we know it will rollout sometime early next month. The exact release time is still unknown to us at this moment, although we suspect it will not be this week, seeing as though iOS 8.4 with Apple Music will go live tomorrow, and so servers will be very busy.

However, there is a good chance that the Apple Pay UK release time could happen the following Tuesday, so July 7th, 2015, seeing as though this seems to be the day that Apple releases updates. Any later and we cannot really call it early July, which is when we know the new payment service is to go live in the UK. 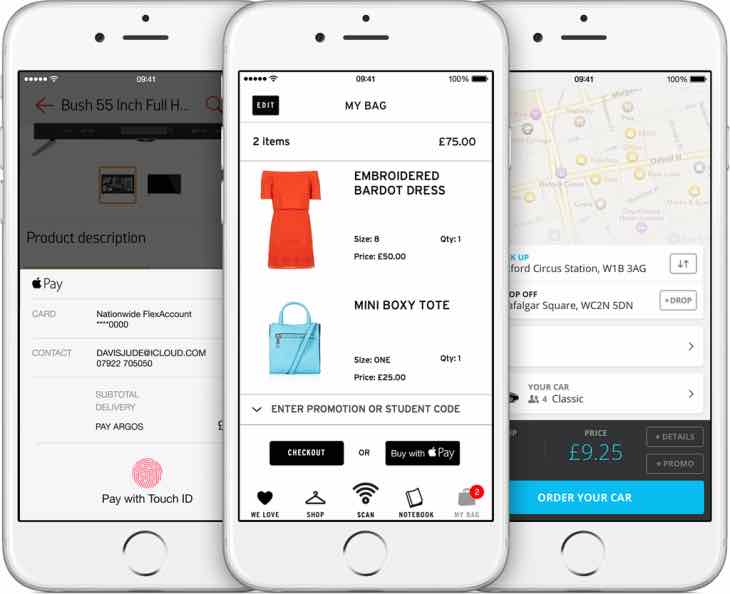 As for Apple UK retailer support, we already know of several retailers ready to support the payment system, such includes Lidl, M&S, Post Office, Liberty, McDonalds, Boots, Costa, Waitrose, Pret, BP, Subway, Wagamama, Spar, KFC, Nando’s, New Look, Starbucks, Dune, and JD Sports. For some reason Argos does not appear on this recent list, although when you go to the Apple Pay UK page for information, it shows Argos below one of the images, which surely means the store will support the payment system?

Barclays and Barclaycard have yet to show their support, while rivals NatWest, Santander and Halifax have, as has HSBC and more, full details of which can be found on Apple’s website.