People have been demanding when the Apple Pay UK launch will be now that the new contactless payment system has gone live in the US. While those of you in the UK can be upset at having to wait for a new Apple service yet again, you should look at it from a positive point of view, and that is the fact that its launch in the United States has not been widely accepted

However, this will be a great test period for the new payment system and in time more companies will jump on board, and this means the big UK stores and banks will be watching to see how things go and with luck once Apple Pay goes live in the UK, it will have greater support than it would have if it went live today. 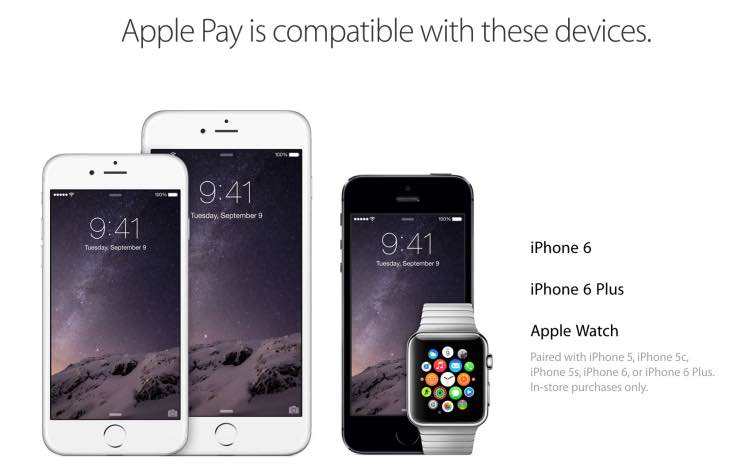 We could go on about this new system for hours, but you have come here to know how you use the service rather than its support from the industry.

Apple Pay: how it works – Even though it is classed as a contactless payment service, it is much safer than that because of the need for your fingerprint on your iPhone 6 or 6 Plus. Having said that, it only requires a double tap of the button on the Apple Watch, which is not so safe. Going back to using your new iPhone, all you need to do is wave your phone over the sensor on the payment machine while you finger is on the Touch ID fingerprint scanner. This can only be done once you have a payment service set up on your phone with Apple, and while we do not have a release date for the launch as yet, we already know that VISA has announced its support in the UK, and also confirmed it will rollout in 2015, who knows maybe it will be released in conjunction with Apple’s Watch, which we suspect will be around February or March?

Going back to setting Apple Pay up, all you need to do is take a picture of your card on your iPhone 6 or 6 Plus and you are ready to go, as long as you know the card supports Apple Pay that is.

There is a lot more to this new payment service, and so you can watch a demo of how it works below, but let’s just hope people in the UK get to see it up close a lot sooner than it has taken iTunes Radio to launch outside the US.