We have been wondering when the Apple Pay release time will be for the UK, and we recently learned that it could happen on July 14th, a week later than we assumed. Because iOS 8.4 with Apple Music was released last Tuesday, we thought the rollout of its UK pay service would follow a week later, but it now seems as though that gap could be two weeks.

9To5 Mac has learned from several retailers that the Apple Pay mobile payments service will go live in the UK on July 14th, and that Apple has informed its retail employees as well. 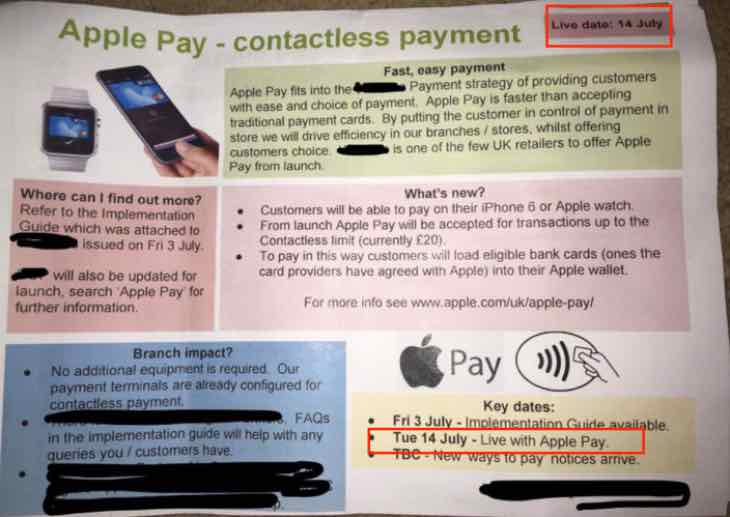 We already gave you details of the list of Stores and Banks that will be supporting Apple Pay in the UK, with Waitrose also receiving a memo of when the service is due to go live. No doubt staff from these stores will be receiving training for the upcoming payment service, as well as its systems being updated to support it.

When Apple Pay does launch in the UK it will come with a spending limit of £20 per transaction, so the same as contactless payments. However, it does seem as though that limit will be increased in the fall of this year, although no details have been shared as to how much.