Apple Pay was released in the U.S. on Monday and from day one the new payment service works with most of the top banks in the U.S., although more will be added in the coming weeks and months. If your bank does not appear on the image we have for you below, then you will need to check back with Apple soon, as they are working hard to offer increased support.

The banks that support Apple Pay so far are, American Express, Bank of America, Capital One, Chase, Citi, J.P. Morgan, Merrill Lynch, U.S. Trust and Wells Fargo. While this list may not seem large, you have to remember that these are some of the bigger players in the U.S., although Apple already stated there will be around 500 banks in total supporting Apple Pay. The image also shows the credit and prepaid cards supported 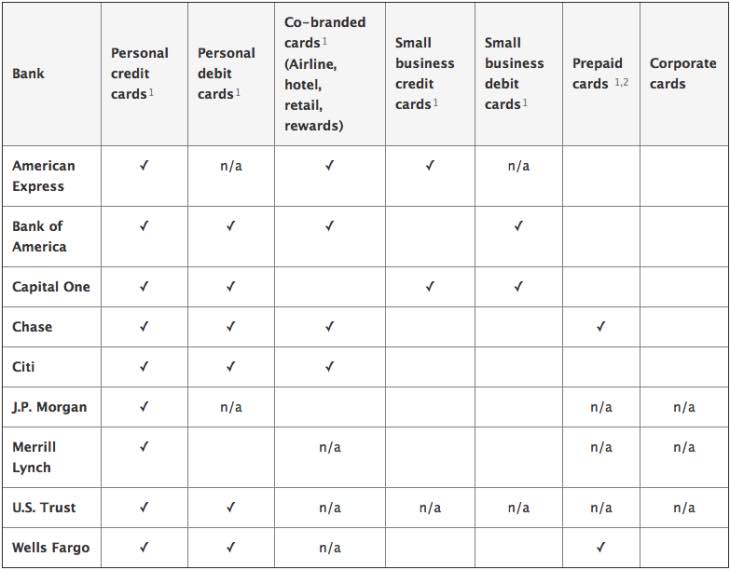 If you are undecided as to whether you should try out Apple pay there are a few things you should know. Setting it up is easy and seamless, retailers who support the new payment service have yet to offer enough training to their employees to be able to answer any questions, which could be a negative factor in adoption rate.

Using Apple Pay is easy and much safer than contactless cards, although if you need to get a refund through the system, it become troublesome. The final thing to remember is that in-app purchases are limited at this time.

While Apple Pay may not be available outside the U.S., we have heard that some U.S. bank cards have worked outside the States, although we would not count on it and so have to wait for its international roll out.