Apple Pay is now available on the iPhone 6, iPhone 6 Plus after Apple released their iOS 8.1 update just a few days ago. While some have reported a seamless experience, others have said that Apple pay is not working properly though and in some cases Apple Pay is charging consumers double the intended amount.

Apple has promised to introduce a service that offers the most convenient way to purchase goods on their phone but more importantly, offer the same high level of security that consumers would expect from a bank when making transactions.

As a result, Apple has maintained their promise that they don’t keep records of any personal transactions made between device and company and this actually has caused a few early issues from those that haven’t had the perfect experience so far at launch. 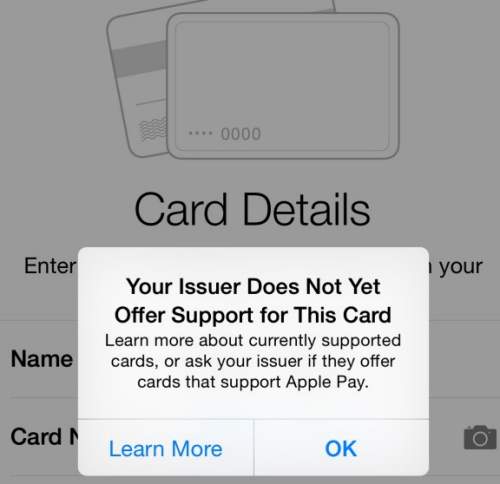 We can see that Apple Pay has been working as intended, with no issues reported at fast food outlet Mcdonalds, as well as prescription company Walgreens – which is obviously fantastic.

However, we have also seen that there has been one or two issues reported from consumers, who say that the payment process hasn’t gone through correctly.

You may have also heard about one high-profile report in particular from CNN, who say that Apple Pay charged twice when using a Bank of America account when trying to make a payment at Walgreens.

Bank of America has said that the problem rests with Apple, but so far Apple has yet to issue an official statement on the matter – despite the consumer getting a refund in the end.

You’ll be pleased to hear that Apple Pay has also been working well at Macy’s, so if you are looking for a list of Apple Pay retailers, you may want to give Macy’s a try first and see how you get on.

With any new product or service launch, it’s not always going to be seamless straight away. Apple Pay may have a few teething problems, but on the whole it looks like it has been generally well received so far and a great convenience to those using it.

How has your Apple Pay experience been so far, have you encountered Apple Pay problems that we need to know about?