The Apple OS X 10.10 name game has started before the event today and while we will find out during a live stream of the keynote later today, some hints suggest a range of names thanks to trademark filings and an El Capitan themed WWDC banner.

We saw some solid hints towards Apple’s choice of an OS X 10.10 name thanks to trademark investigations revealing Pacific, Redwood, Big Sur, Mammoth, and Yosemite. Apple made it hard to tell which of these names would be used, or if even more than one would with different versions. 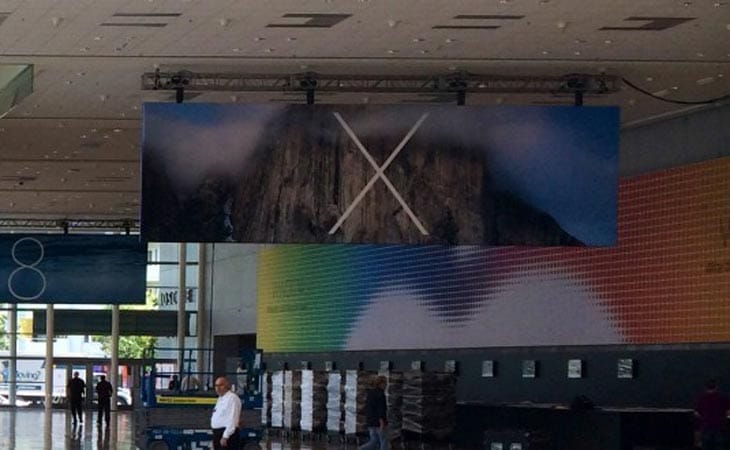 Would you like to see Apple OS X 10.10 Yosemite be the final name? The latest hint arrived thanks to the Apple WWDC 2014 event banners offering up a OS X 10.10 name “Yosemite”, which is due to the fact there’s an El Capitan monument on one of the banners.

Mavericks followed a clear theme for naming the previous Apple operating system, but there’s a chance that the next naming process might move towards cities instead. This will follow what some other technology brands do when naming projects.

Personally, our bet is on OS X 10.10 Yosemite for the name thanks to that single trademark being registered along with the picture of El Capitan in Yosemite Valley on one of the banners at the Apple event location today. There’s of course every chance that these trademarks are being used to hide the real name, although time will tell and we only have a few hours to go as seen in this countdown to the Apple keynote start time.