Most of our readers know that Apple’s October 23 event has a start time within the next hour, although we also know there are a number of people that are a little confused and thought the event had been starting at 9AM PST, so we’ve created a list of start times for all the major cities in the world.

The images below show the Apple iPad mini event start time by city, so just look for the city you live in or the one that is nearest to your location. The press event will start at 10am PST, which is 6PM for those of our readers near London, England. 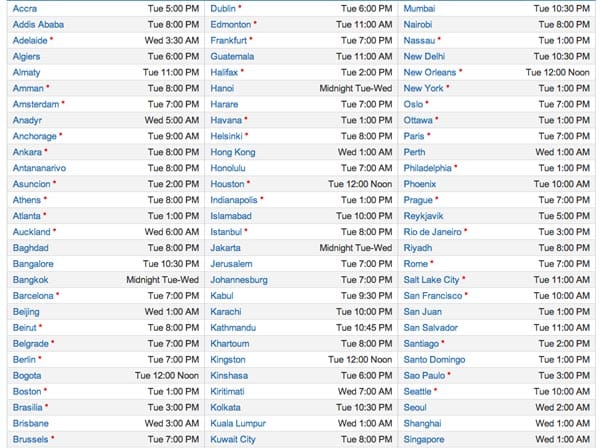 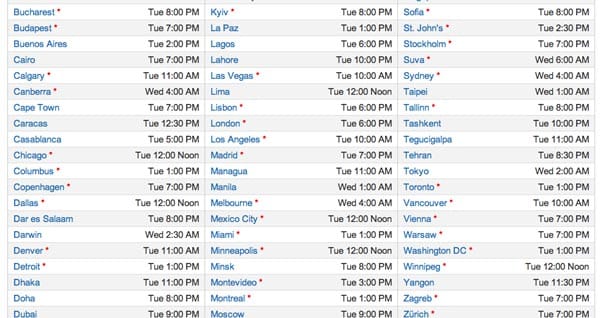 Today’s press event had initially been thought as an event for the iPad mini alone, although over the last couple of weeks a stack of evidence has pointed towards a number of products making a show, and also some spec refreshes on certain products we know people are ready to hand over money for. This had been clearly seen when we posted details on the 2012 iMac, expected today as well, and a number of PR readers were told to come back to Apple Stores later in the week for some reason.

We’ve also taken a look at the expected iPad mini price and size earlier today, which had been discovered from mounting rumors, although nothing official has been mentioned just yet. The problems we have with both the rumored size and price are shared with a number of other Apple fans, and can be read about here. It is also worth noting that a number of leaks are starting to appear now that we have under an hour to go until the event, normal when this close to the Apple keynote, and we’re hearing that the new iPad mini is expected to include both Wi-Fi-only and cellular data.

How will you be watching Apple’s Oct 23 event today, and are you ready for the event to start? You can keep track of all our iPad mini coverage on this PR page.