Apple made no secret that it was working on a new music streaming service, and so all finally became clear during WWDC yesterday. There was a lot more at this event than just this new service, although it is Apple Music that we are more interested in at the moment.

There has been a huge change in the way we listen and own music, and so the industry has had to change, and so Apple has felt the need to adapt. Some people choose to just listen to music online for free, but when opting to buy a new album it can often cost around $9.99 to own it. 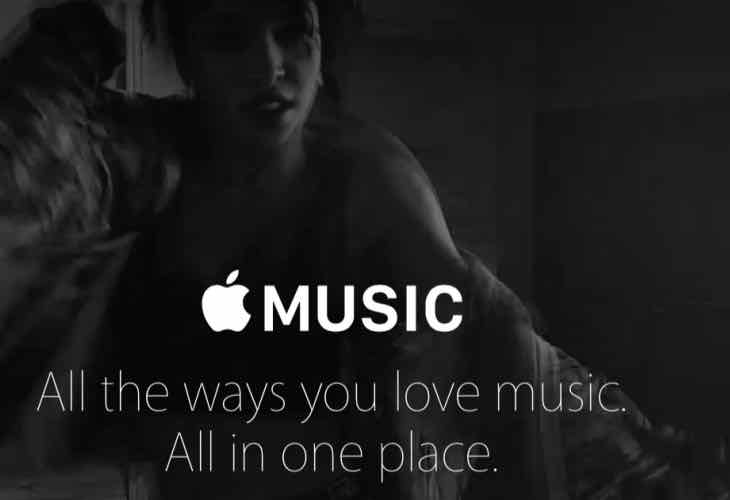 However, this can work out pretty expensive, and so having the option of the same price for access to a huge amount of music content is starting to become a far more appealing option. The thing is, who do you choose, as Apple has now entered a very competitive market?

Apple Music Vs Spotify, Rdio and Google Play Music for Android — If you would like to know if Apple has what it takes to compete with the competition, then you can see the main features of all four in the image below. 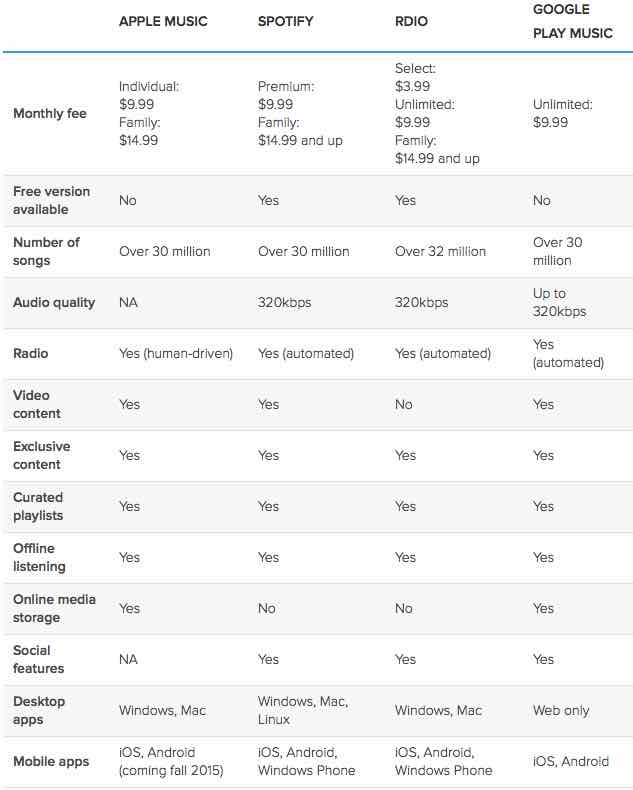 You will learn how much the monthly fees are, number of songs you have access to, the quality of the audio, whether you get video content, and so much more.

We already know the price is $9.99 per month in the US, but the Apple Music UK price has yet to be announced, although we suspect it will be £9.99, as we know people in the United Kingdom often get a raw deal.