Well, surprise surprise, it seems that the UK is getting a raw deal once again because of Apple and its obsessive need with price parity for convenience. This is because details of the Apple Music UK price have leaked, and it looks as though it will cost £9.99 per month, whereas the price in many countries in the Eurozone is â‚¬9.99.

If we convert that UK price to Euros it would work out â‚¬13.55, and so we can see why UK residents considering an Apple Music subscription are rather angry. It’s not so bad that the US price is $9.99 because sales tax has to be put onto that price, although it will still work out cheaper than the United Kingdom. 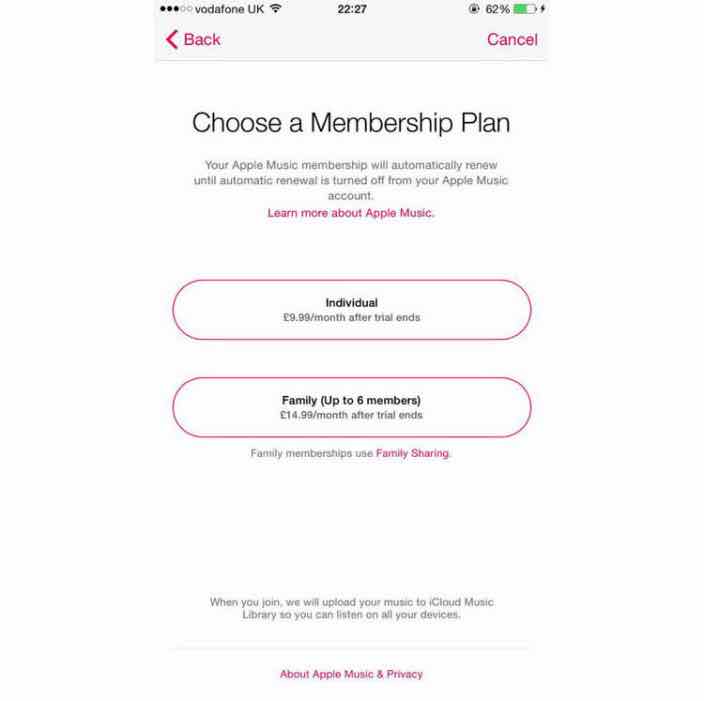 However, before you get too angry, Apple’s pricing might not be to blame here, and rather VAT instead. 9To5 Mac has broken down the pricing and shows the UK price before VAT is £8.32, whereas the likes of Hungary will pay â‚¬7.87 before taxes, so it is not price parity, as you can clearly see a difference.

We can see why people will be blaming Apple, but if the VAT was not so much, then neither would the monthly fee to have access to Apple Music once released next month