People will now be shocked after learning the Apple Music Price in India is far cheaper than most other places, albeit Indonesia and South Africa. The cost is just 120 rupees, which converts to just $1.89 per month. However, if you feel you are getting a rough deal, then you have to blame the competitors in your country for that.

There are a couple of reasons for this cheap price for Apple Music in India, although the main reason is because of the though competition for music streaming in the region. Apple knows that it will have a tough time in India because of other services such as Gaana.com, and Saavn.com. 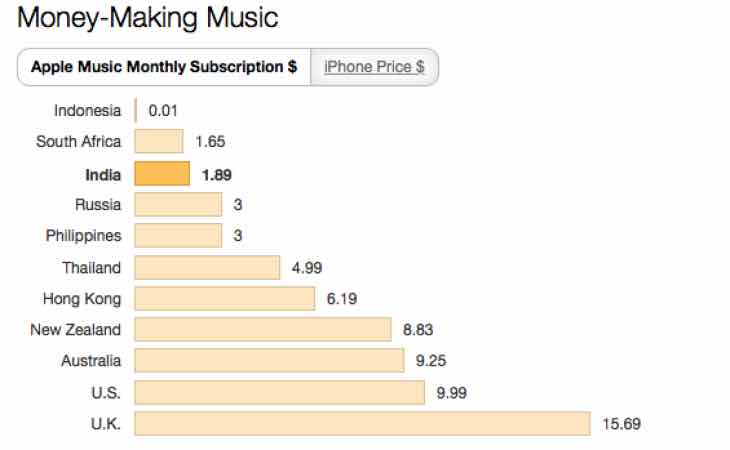 Apple will learn the hard way that India is very crowded when it comes to music streaming, and those two services mentioned above are two of the better options. The reason why they are so popular is because users have access to many songs for free, although they will need to pay a fee in order to listen to music without ads and to download the music also.

While Apple Music does have a huge catalogue of music, we are told that there is not a great deal of local music in the catalogue, which could be a huge disadvantage for Apple. The problem is, Bollywood music is big business and you need to offer the locals that sort of music, and while the competition can offer this for free, Apple Music cannot, so could be a huge problem.

Try not to feel too envious of consumers in India, as they have to pay a lot more for hardware, such as the iPhone 6, which costs around $850 once converted rather than $650 in the US.