When Apple released iOS 7 last year, one feature packed inside was iTunes Radio which so far has been available in the US only. However it looks like the UK is set for an imminent iTunes Radio launch after the feature was spotted on a limited number of devices across a few countries.

Apple Insider has had reports of iTunes Radio being available on the iPhone and iPad, readers have provided proof of their feature. The soon to be released service has also appeared on Apple devices in Australia and Canada which means a full roll out should be close. Despite these appearances from iTunes Radio randomly occurring, access to the service has not been fully available for certain devices in certain locations.

The window pane for iTunes Radio has appeared on some people’s devices but cannot be accessed, we have also heard of some users being able to scroll through the feature but not stream anything in certain regions. It looks likely that iTunes Radio randomly popping up is more by error than design, although it is quite possible that a release is imminent. 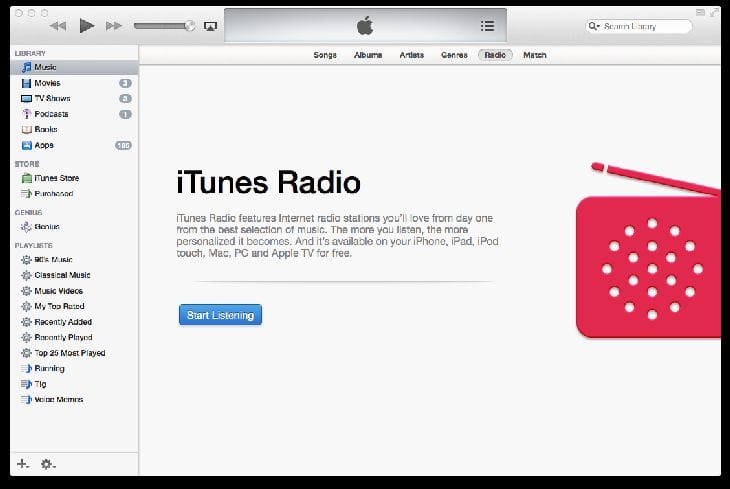 In the UK some Apple users have actually managed to get iTunes Radio working which is another good sign to suggest it will land soon. There has been reports of the service working over cellular networks but being hit or miss when streaming over Wi-Fi, a UK user on the O2 network was able to access iTunes Radio using the 3G connection on his iPhone.

Apple announced last year that the radio service would come to the UK and other countries in early 2014 which is looking like soon, although we have not had an official date from them yet. If you have spotted iTunes Radio on your device outside of the US then let us know by leaving a comment. Are you excited about the incoming service that Apple will launch for your iPhone and iPad?