Many of you are still asking “Is iTunes down right now” and it looks like Apple are continuing to have problems with the iTunes, App Stores down on October 15 globally at the time of writing.

There were initial issues with the marketplace several hours ago, only for service to resume. However now it looks like another App Store outage is underway and personally for us we can not connect to the iTunes store right now and are met with the constant message that reads:
“We’re sorry, we cannot complete your request on the iTunes Store at this time.”

You can see evidence of this below in our screenshot, while Apple has officially confirmed that there are problems with iTunes down today via their service status checker. 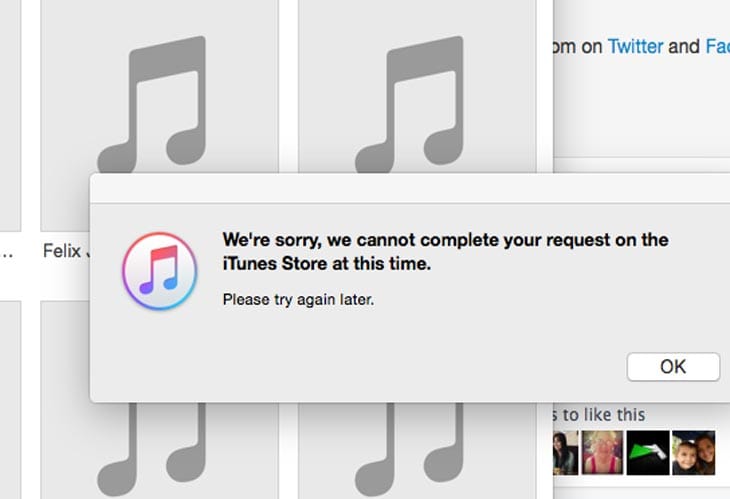 Note that it also suggests that users may have problems signing in to Apple TV on Oct 15 and also issues with the Mac App Store too – which we’re assuming is connected to the App Store and iTunes Store being down.

It’s good to see that Apple are already aware of the issues, which means that they are currently working on a fix. Given that millions cannot sign in to the App Store or iTunes Store right now though, hopefully this is fixed sooner rather than later.

Can you confirm that Apple’s App Store and iTunes store is down for you in your region? We’ll provide status updates here once we hear anything from Apple so keep checking back.