With all the recent hassles surrounding the alarm clock on the Apple iPhone 4, it’s no wonder that a lot of people are searching for alternative apps. There are plenty of alarm clock apps available to download from the Apple App Store, including a few free ones.

I found an interesting article by Jason Lykins over on the bestappsite.com website, which provides a list of details for a few alternative alarm clock apps. The first one listed is the Touch LCD-Designer speaking clock app, which tells the time out loud as well as displaying it.

Another one listed is the Nightstand Central app, which costs $0.99 for the iPhone/iPod Touch version and $1.99 for the iPad version. This app includes many great features including customizable backgrounds, landscape and portrait orientation and music alarms. 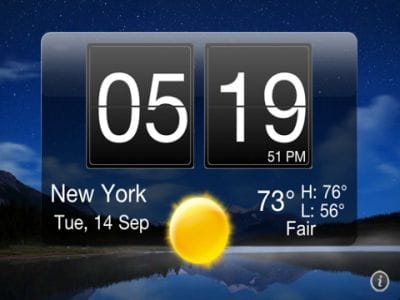 If you’re not fussed about having the music function, then you can always download the Nightstand Central Free app instead. Another alternative is the Alarm Clock Pro app, which costs just $0.99 and features a music alarm option, local weather and both portrait and landscape modes.

Other alternative alarm clock apps suggested on the ismashphone.com website include Alarm Tunes Lite, which allows you to wake up to your favorite tunes, Alarm Clock Free (with temperature) and Night Stand HD, which also works on the Apple iPad.