Consider this the first of many to come, as we have one of the first images of a concept iPhone 5 or 5th generation device for you to take a look at now, giving you some ideas on what the device may end up looking like.

As reported from RedmondPie, this image of an iPhone 5 prototype has been created courtesy of the guys over at German website Handyflash, as they have come up with a sexy looking device, which I definitely wouldn’t mind seeing at WWDC 2011. 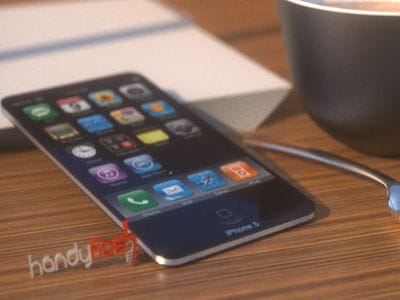 As you can see from the image, this design is reminiscent of the current slew of thin LED TV sets out at the moment, with the iPhone 5 sporting an ultra thin body, while still retaining that aluminium trim around the edges.

Their specs include 4G download speeds of up to 100Mbps, an enhanced Retina Display Screen with added Backlight feature, 10.2 megapixel camera and a new generation battery too.

While these specs are pretty tasty, it is unlikely that we’ll see all of them added into the iPhone 5, but you would have to say that 4G speeds should be a certainty. There could even be the possibility of 3D features added into the mix – what do you think?

Do you like this concept design or not? Let us know if you have seen a better one!